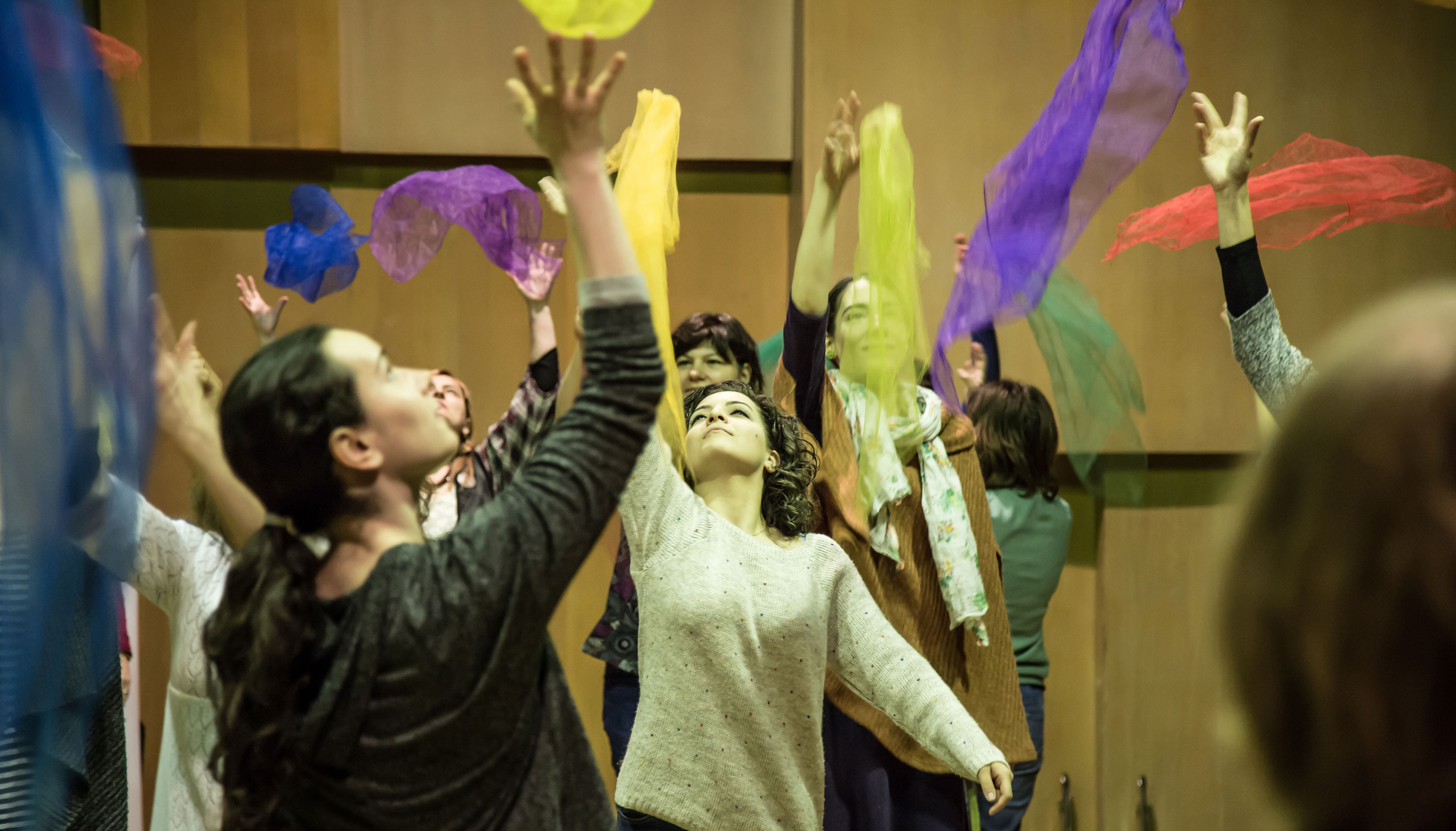 Experience before science. This is the guiding principle of Dalcroze pedagogy – a method of music education that emphasizes the essential link between body movement and musicality. The main idea is that we cannot understand something we do not feel. By appealing to the kinesthetic sense in relation to the musical sense, the body becomes the first instrument that creates motor images which then serve as a reference for learning and interpretation.
Dalcroze music pedagogy is an interactive and multidisciplinary approach of music. This musical education allows the development of multiple intelligences, affectivity, motor skills, imagination and thinking in relation to group music and space. The three main study subjects are rhythm, solfeggio and improvisation.
Dalcroze rhythmics aims to develop musicality within the whole being, through different movements, rhythms and musical nuances. The solfeggio educates hearing and voice, while improvisation brings together all these elements, offering, in addition, the freedom of creation and artistic expression to the practitioners.

Created by the Swiss musician Emile Jaques-Dalcroze at the beginning of the 20th century, this method is recognized worldwide as a method of music education for all ages, offering to those who practice it both the opportunity to live intense musical experiences and to develop multiple abilities.
The Method, also known as the Jaques-Dalcroze Rhythmics, was born when Emile Jaques-Dalcroze, as a professor at the Geneva Conservatory of Music, noticed in his students’ difficulties in execution, a lack of musical sensitivity, artistic expression, and originality. He then discovered the essential role of the body in musical awareness. In order to strengthen the artistic capacities of his students, he created the musical pedagogy that bears his name, based on the musicality of movement and improvisation.
Living, feeling, experimenting, discovering before becoming aware, before analysing, intellectualising and integrating. These are the main stages of Dalcroze pedagogy and form the basis of this musical education which is recognised and taught all over the world.
Today, the Jaques-Dalcroze rhythmics is present and practiced worldwide, in more than 20 countries on 4 continents.

How does it works?

Dalcroze classes are held in groups and encourage social exchange, cooperation, adaptability, imitation and integration. Music is at the heart of the method. It is not only a mean of guidance, accompaniment, and channeling, but thanks to the teachers’ ability to improvise, it adapts immediately to pedagogical situations.
The teacher improvises, spontaneously invents music through which he/she will provoke reactions, create an atmosphere, structure the exercise, or give it an expressive dimension. This capacity to improvise provides to Dalcroze method the dimension of education for and through music. The Dalcroze Rhythmics consists of varied exercises, open to adaptation, depending on practitioner: children, musicians, students in the field, amateur adults, elderly or people in difficulty, etc. Among these exercises, we can mention:
– Starting exercises ;
– Exercises for the development of inner hearing ;
– Exercises in intonation, notation or musical reading ;
– Listening and auditory reaction exercises related to the body;
– Exercises in body and musical improvisation;
– Choreographies to illustrate music;
– Vocal or percussion exercises;
– Exercises with objects (promotes the development of motor skills, agility and coordination);
– Creativity exercises with the help of objects (develops creativity, imagination);
– Exercises in relation to space (develops spatial logic);
– Group exercises (develops adaptability, cooperation, integration, encourages exchange and critical thinking);
– Exercises focusing on the intuitive perception before intellectual analysis;
– Reaction exercises;
– Attention, concentration and memorization exercises;
– Coordination exercises, dissociation and independence of gestures;
– Balance exercices.